1904Coders Enables Students to Build Their Own Apps

Last month, school kicked off at Lift for Life Academy and our team of volunteers just started the fall session of 1904Coders, a program that helps teach middle school students to build their own smartphone apps. This is the fifth year of the 1904labs Coders program, which has served over 100 students at Lift for Life in that time. As we gear up for the next class this fall, we look back on the celebration from the spring semester.

This past May, students had the opportunity to display the apps they came up with at the1904Coders Talent Showcase held at the Central Library. Over the course of the spring semester, volunteers from 1904labs met with 6th to 8th graders and assisted them in developing a mobile app. Each class focuses on the fundamentals of software design and development techniques. By the end of the very first session, students build their own working app!

Coding is a valuable skill for teens to start learning early as our world becomes more digitally powered. The 1904Coders program tries to develop those vital technological skills early and show students a way to bring their ideas to life.

Tyrone is one of the 1904Coders who designed and built his own app where people can take pictures and then add drawings on top of them.

“I created an art app where you get to draw, it's called Full Snap, you can take pictures and draw on it. My favorite part of the class was coming in everyday, opening up the computer and learning something new. I learned a lot, like I learned what variable encoding is.”
‍
- Tyrone, 1904Coders Student

Tyrone’s father saw his son became more curious about coding, and he really challenged himself throughout the Coders program

“The coders program has been a secret. Tyrone closes his door to his room and he doesn’t allow me or my wife in there for anything, and he misses a lot of meals sometimes when he is getting his coding done. He has been working on some animation and he is in competition with himself. Tyrone is here for 1904Coders to impress the world and everyone here.”

“I knew I was coming to look at kids who had created an app, but I was not expecting it to be this intense. I had a little bit of nostalgia with some which was really cool because you had some kind of like Super Mario and then the snake program, so as the 80s kid this was so nice to come and see kids who find a way to connect across multi-generations with these apps as well. That’s really cool to see kids who want to go beyond what's expected of them, and it is really nice to see that they’re applying themselves more than what’s expected for middle schooler.”

The point of 1904Coders program is to help students learn valuable coding skills, celebrate their accomplishments, and ultimately, develop future innovators. We’re excited to keep pursuing that mission with our next class of students!

You can watch the full video of the Coders Showcase here and below.

Previous
Next
1904labs is Committed to the St. Louis Community
Why We're Calling GlobalHack7 a Win: One Developer's Perspective
Happy New Year (& National Technology Day) from 1904
Personal Victories: Lessons from Winning a Hackathon “We Won!”
Hacking New Opportunity and Hope
Alisha Truemper is recipient of 1904labs’ annual Tickled Pink Award!
Seeing the Startup Mindset in Action at PickHacks 2019
How ‘Code with Pride’ is building a stronger LGBTQ+ tech community in STL
Why I Love XD Throwdown
Scrantonicity Press Release
Q&A: Participating in the MIT COVID-19 Hackathon
Hours with Experts: Our First Data Engineering Course Recap
What Juneteenth Means to 1904labs
How Tasha Scott Creates Inclusion for the LGBTQIA+ Community in Tech
Sewing Hope: Supporting the Community with Masks
Innovation Hours: The Heart of 1904labs
Building Inclusivity at 1904labs
Representing St. Louis in Our Office Space
Divvit Inaugural Charity Golf Tournament a Huge Success!
The Celebration Must Go On
Hours with Experts: One Student's Journey to a Dream Career
Helping Potbangerz Spread Warmth This Holiday Season
Students have “Real Work Day” at 1904labs
1904Coders Enables Students to Build Their Own Apps

As part of our employee holiday gifts this year, 1904labs donated 240 blankets to Potbangerz, an organization helping the unhoused in St. Louis. 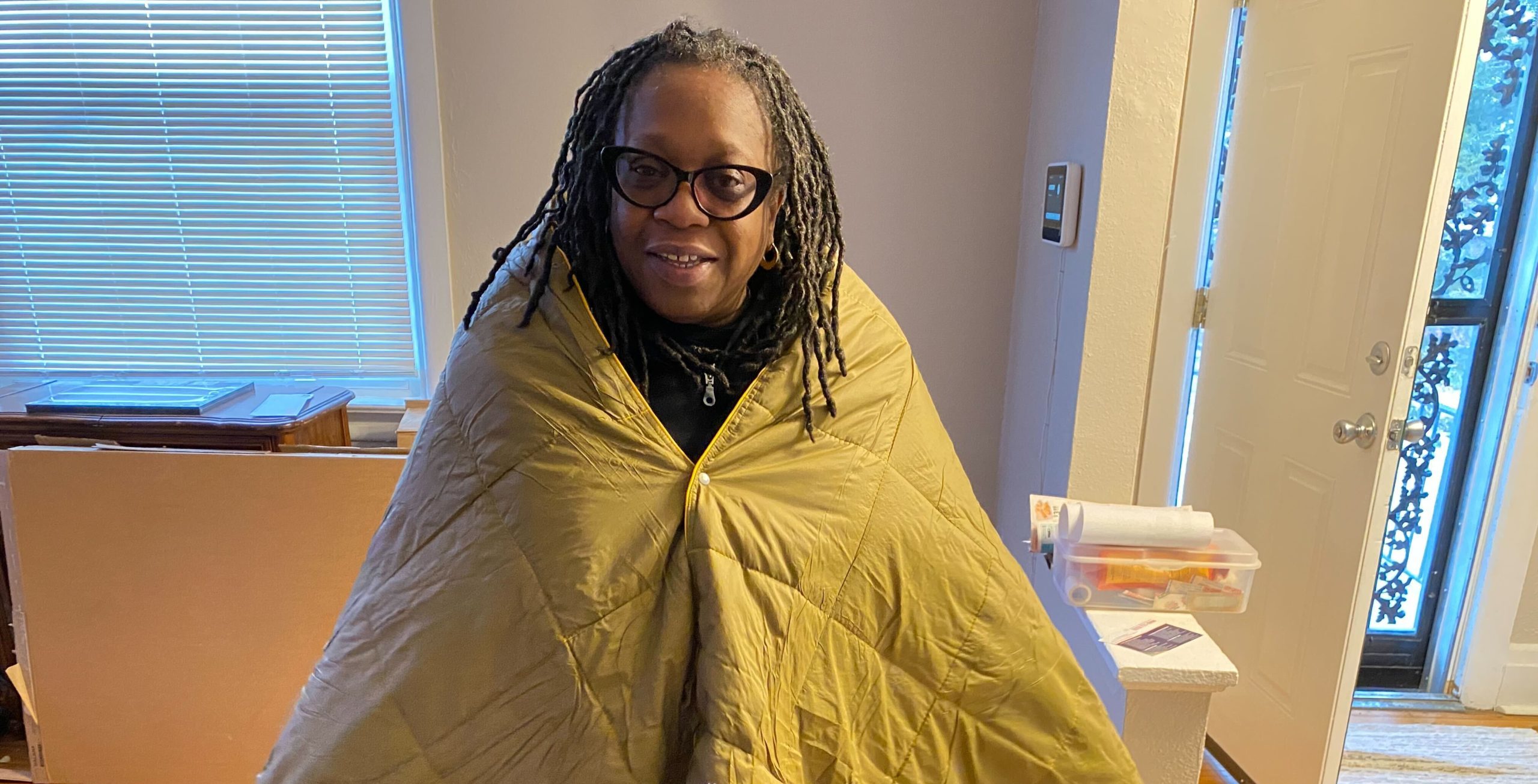 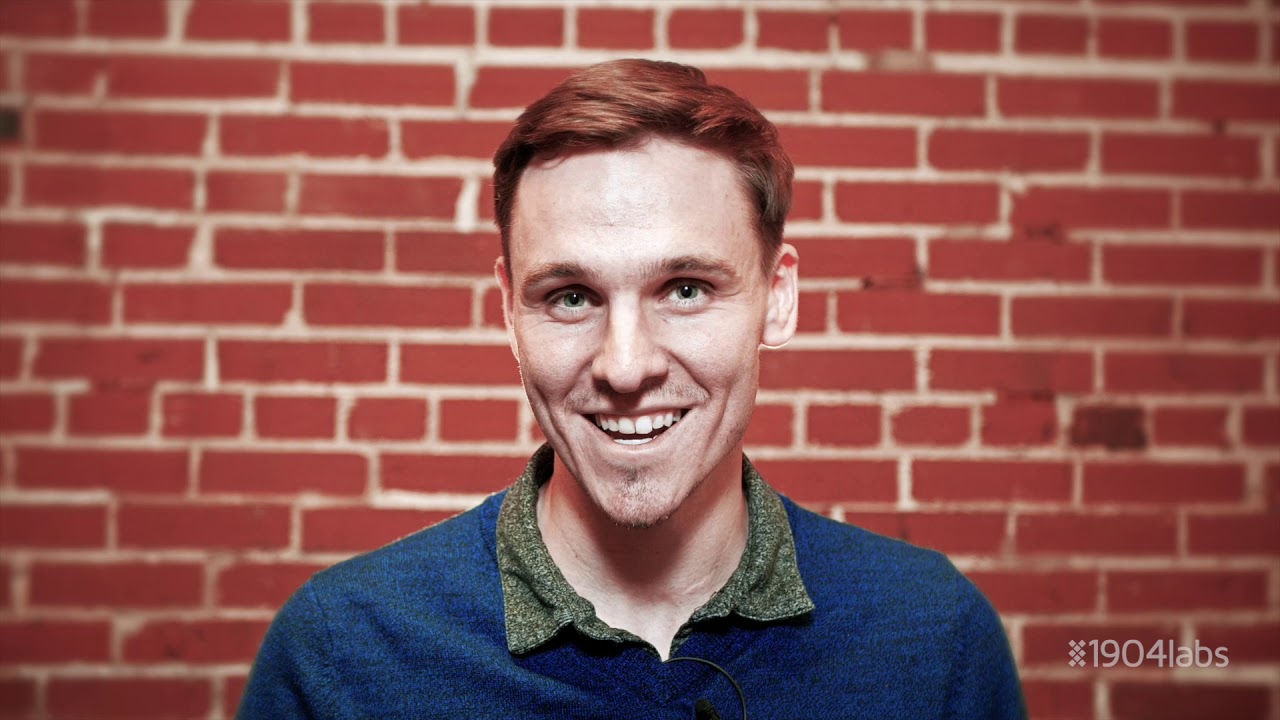