1904labs was born from a dilemma. Mike Weaver, Senior Director of IT Product Development at Monsanto, wanted to hire some of the most creative and innovative software developers in the industry. The problem was that creative developers tend to be drawn to startups instead of corporations like Monsanto.

So Weaver discussed this challenge with Sean Walsh and Jack Bader of neteffects, a talent scout and business solutions company in St. Louis.

“We said, ‘What if we built a company that would be appealing to startup-oriented people, but directed their energy toward solving problems in corporations?’” Walsh said.

That discussion led Walsh and Bader to found 1904labs in February 2016. The consulting company now hires people with startup mindsets to provide cloud-software development, data engineering problems and decision sciences to clients like Monsanto and other major companies in St. Louis. The unique collaboration between the corporate and startup worlds has so far been a success – 1904labs has already had to move into a larger office space within the CIC@CET building to accommodate its new hires.

“We do it by recruiting people who really want a startup environment,” Walsh said.

A recent blog post written by Walsh explains that 1904labs is interested in hiring people who value new ideas over status or trappings of the traditional workplace:

“In short, a “Start-Up Mind” is essentially nothing more than a State of Mind. A mind that is open to the possible and not encumbered by what has occurred before.”

1904labs hopes to build a reputation based on that kind of openness.

“I’d like to, over time, be known as a place that entrepreneurs come to hang their hat when they’re between independent ideas,” Walsh said. “We’re not afraid of that because we’re always having a candid conversation.”

Being located on the Cortex campus has helped the company develop its unique culture.

“There’s just an energy down here that allows us to collaborate with other companies,” Walsh said. “You don’t have to worry about anything besides your ideas.”

Walsh hopes 1904labs can eventually develop the resources to become an end-to-end company that offers a full suite of services to clients. But until then, growing the company is the main priority.

“We’ve got our eyes fully focused on just doubling the size of the company and continuing to acquire clients in St. Louis here in the next 12 months.”

Based on the company’s quick growth and unique culture, 1904labs should have no trouble attracting more startup-minded employees.

“People can bring their whole selves to work,” Walsh said. “They don’t have to leave anything behind when they come to the office.”

Previous
Next
Welcome to 1904labs
Why Cortex
1904labs in the News!
Why Software Projects Fail
Why We Begin With the End (User) In Mind
GlobalHack
Angular 2: Introduction
What to Expect With the Open API Specification Version 3.0
Year 1 in Review
Benefits of an Agile Process
1904labs is coming to Gateway to Innovation
Alex Rains - Tickled Pink
Starting an Angular 4 Project: Angular CLI vs. Manual Setup
Start Up Minds
On the Path to Owning the Cloud
Continuous Delivery with Drone
Stepping Out From Under ESRI's Shadow
What Makes a 1904labs Leader?
What is the Big and Fast Data Maturity Model?
How To Unlock the Power of Code Reviews
1904labs: Finding Success Between Startup and Corporate
HCD Infused Agile at 1904labs
What does Decision Science Mean to 1904labs?
Working with Clients at 1904labs
The Power of Cloud Solutions
The Culture at 1904labs
What's Unique about 1904labs Teams?
What is Decision Science
1904labs team wins 1st Place & People's Choice at the 2017 Better with Pets Hackathon
World Usability Day St. Louis, November 9th, 4pm cst, In-Person and Online Webcast
Lift For Life Academy Students Graduate from 1904Labs “Coders” Program
What Is Unique About 1904labs?
Why Choose 1904labs?
Who is a Good Fit for 1904labs?
Our Culture at 1904labs
Innovation Time at 1904labs
Habit 2: Begin With the End In Mind
Introduction to Stephen R. Covey's "The 7 Habits of Highly Effective People"
Habit 3: Put First Things First
Covey Conclusion
Habit 4: Think Win-Win
Habit 7: Sharpen the Saw
Living the Habits
The Importance of Culture
Habit 1: Be Proactive
Habit 6: Synergize
Why the 7 Habits?
Habit 5: Seek First to Understand, Then to be Understood
How Human-Centered Design Saves Resources and Boosts Profits
1904labs Year 2 In Review
How HCD Infused Agile + Decision Science Helps Companies Succeed
Introducing Heron's ECO; A Flexible Way To Manage Topologies
Jared Parker is Awarded 1904labs Second Tickled Pink Award
Building Cloud Native Platforms, Part 1
Building Cloud Native Platforms, Part 2
1904labs is Committed to the St. Louis Community
How do you create a road map in an HCDAgile World?
Growth Culture - A Nurturing and Challenging Environment
Growth Culture - No Choice But to Succeed
Growth Culture - Path To High Performance
The Five Ss: Locking Down a Design in #HCDAgile
Designing Cloud Services
Why We're Calling GlobalHack7 a Win: One Developer's Perspective
Peering Through The Cloud
Happy New Year (& National Technology Day) from 1904
Personal Victories: Lessons from Winning a Hackathon “We Won!”
Hacking New Opportunity and Hope
Alisha Truemper is recipient of 1904labs’ annual Tickled Pink Award!
How Companies Benefit From More Women in Technology
1904labs Accessibility Training: How Accessible Technology Benefits All Users
Designing Decision Science to Drive Business Decisions
Eunice the Unit: The Secret Life of Code
Seeing the Startup Mindset in Action at PickHacks 2019
How Data Discovery and Analysis Can Make Your Data Manageable Again
How ‘Code with Pride’ is building a stronger LGBTQ+ tech community in STL
How Automation Can Help Companies Modernize Data Management
Predictive Healthcare: How Machine-Learning Models Can Maximize Patient Care
Bringing Human-Centered Design and Agile Together
We Are Winning in 2019
1904 Startup Life
Why I Love XD Throwdown
Scrantonicity Press Release
"I Wrote This" Introducing our newest author: A Deep Learning Language Model
Angular 8 SVG
Key Takeaways: Data Privacy in the Age of CCPA
How Mastermind Groups Can Help You Achieve Individual Goals
"It Wrote That": An Overview of Language Models
What I’ve Learned from Being Remote-First
Why Now Is the Time to Focus on Mobile
Q&A: Participating in the MIT COVID-19 Hackathon
How Do You Apply HCDAgile to Data Projects?
Lean On Me
Hours with Experts: Our First Data Engineering Course Recap
How to Build a Successful Mobile Customer Experience
Virtual Roundtable: Getting Mobile Right
How Can We Enable Digital Collaboration when 100% Remote?
Top Takeaways: Mobile Customer Experience Roundtable
1904labs and Bayer Crop Science Develop Open Source Geospatial Mapping Software to Help Business & Community Solve Real-World Problems
Working with Third-Party Consultants in the Age of COVID-19
GeoSTL Open Source Geospatial Roundtable Recap

What to Consider Before Building a Custom Solution

Ensure your custom IT projects don't fail. Before you set your budget, commit to timelines, and start coding, there are some items you need to stop to consider, because if you don’t, you are at risk of spending time and money on a solution that no one uses or that causes you different problems up or downstream. 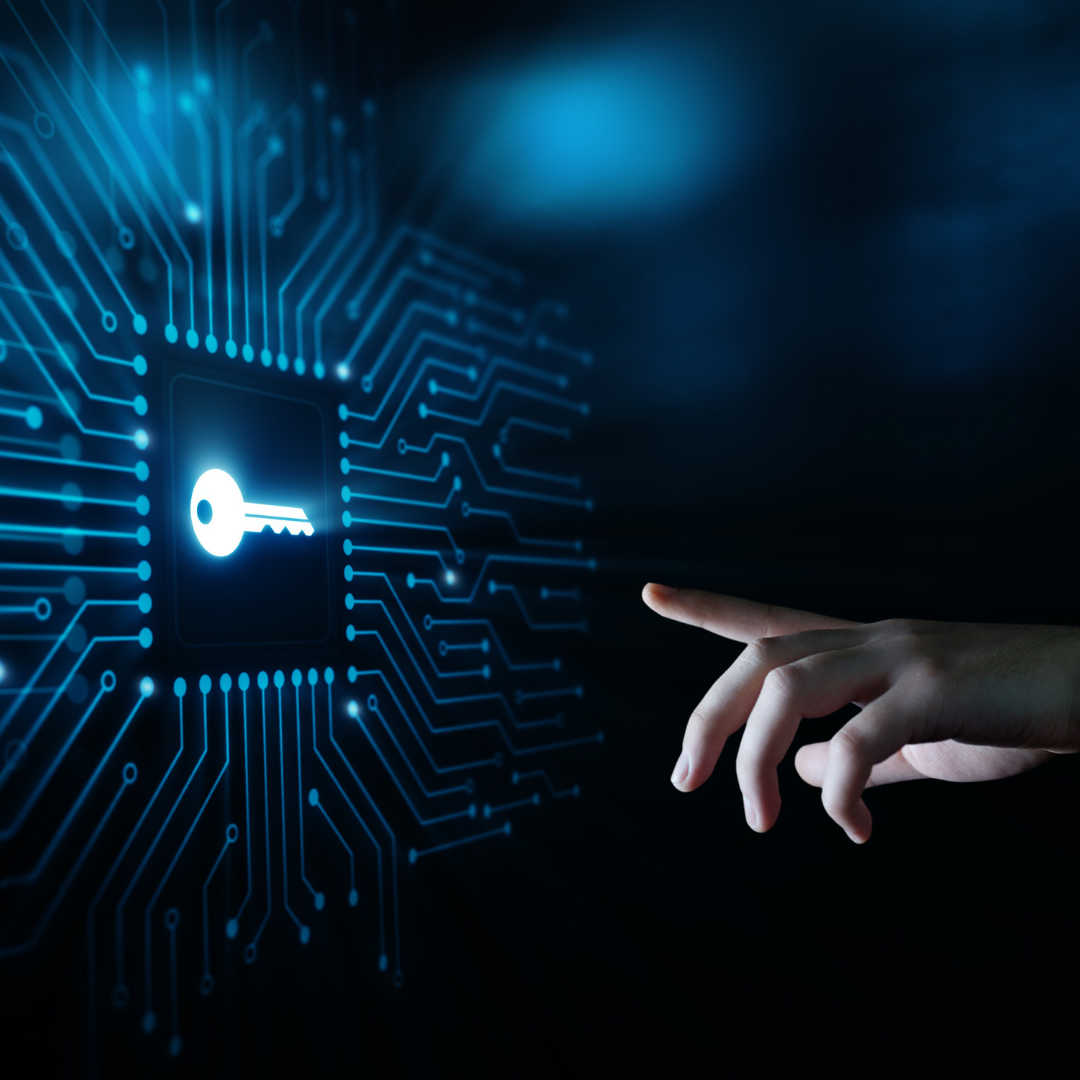 This article speaks to why Waterfall, Scrum, and SAFe don't work for quickly forecasting a project's total scope and cost - which is a major challenge for project owners and executives, particularly in an enterprise environment.