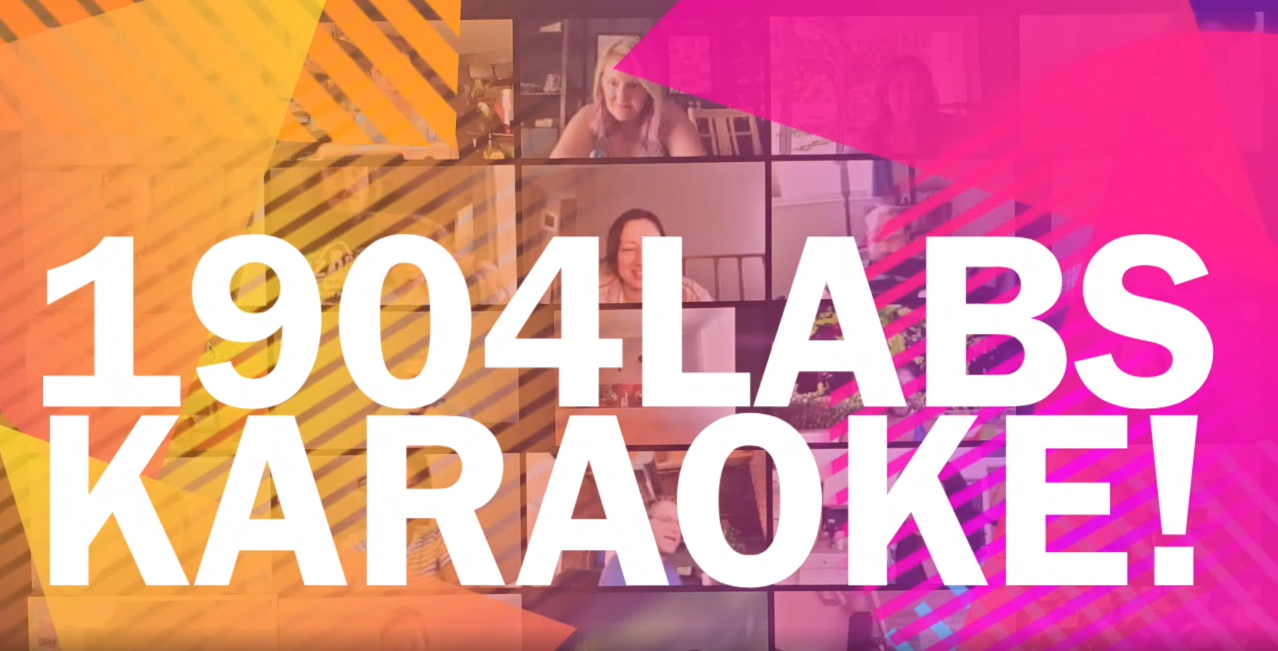 Who sang the theme song from the TV show “Big Bang Theory”?  If you knew the answer was Barenaked Ladies, then you would have excelled at our recent 1904labs Virtual Karaoke and Music Trivia event!

Yes, you read that correctly; we did Karaoke over Zoom and watched 13 performances ranging from solos to parent-child duets. The karaoke talent covered classics from The Beatles, Bob Seger and Lady Gaga to Disney favorites from Frozen and The Little Mermaid. While we continue to work remote and are experiencing Zoom fatigue, it was a delight to surround ourselves with musical co-workers and fun trivia for an hour.

Want to join in on the music trivia fun? No googling for answers, but let us know how you do!

How are you shifting your culture to remote first? We're still figuring out ways to translate our culture and employee engagement into a virtual format, but this was definitely a fun, new way to bring our team together.